What Counts as Religious Experience?

The INOE is an inventory with a relatively new design that deliberately distinguishes between generically worded descriptions of a wide range of experiences and the way they are appraised in terms of their significance, valence, and meaning. In designing it, we drew inspiration from two previous efforts: an interview developed by psychosis researchers and a self-report measure that queried experiences often appraised as paranormal. We adopted this design because we know that there is overlap between the unusual experiences that are studied by researchers interested in psychosis, parapsychology, and religion. Within religious studies, we know that different practice traditions and ways of life valorize certain kinds of experience, disparage others, and encourage people to seek and cultivate that which they value. In broadly anthropological terms, we know that people pursue culturally valorized aspirations and goals and, in effect, ask what mental state(s) or experience(s) they should seek.

Within this framework, we want to know if cultural valorization or disparagement of different nonordinary experiences affects the frequency with which people report them, the co-occurrence of reported experiences, and how the experiences are appraised in terms of valence, significance, effect on their life, meaning and cause. In short, we want to know what effect culture has on the frequency, clustering, and appraisal of nonordinary experiences.  From this we hope to learn whether there are experiences that people tend to appraise as religious or spiritual across cultures.

We have collected two sets of preliminary data. The first set was collected via MTurk with a 75-item on-line version in the US (n=843) and India (n=721) in English.  The second set collected data from 100 undergraduates in five countries (the US, China, Thailand, Ghana, and Vanuatu) using a 60-item pencil and paper version that was translated into Chinese and Thai and administered as part of the Spiritual Curiosity Project (Tanya Luhrmann, PI) at Stanford.  Findings from the first data set have been presented in a number of contexts, including the 2017 IAPR meeting in Hamar, Norway.  The initial results from the second data set were presented at Stanford in May 2019 and will be presented at the IAPR meeting in August 2019 in Gdansk, Poland.

In Fall 2018, three native Hindi speakers translated the INOE into Hindi; the results were compared, reconciled and back translated into English.  In the process, the Hindi translation sometimes suggested a better way to word the English version and we adjusted accordingly.  At the same time, we began testing an online method for validating each item to ensure that the items were understood as we intended in both English and Hindi.  The resulting Response Process Evaluation (RPE) method is an iterative process that incorporates participant feedback to revise items and create a cross-culturally sensitive and stable instrument.  In using the RPE method to validate the instrument, we are also collecting examples of these non-ordinary experiences to create a cultural map across both populations.  The method is described in detail in a chapter on Survey Item Validation, which will appear in the 2nd edition of the Routledge Handbook of Research Methods in the Study of Religion, edited by Steven Engler and Michael Stausberg.  Click here [to be added] for a preprint version of the chapter.  The team is currently in the process of validating each of the items on the INOE.

Ann Taves, Professor of Religious Studies, Project Leader, co-author (with Kinsella and Barlev) of the Inventory of Nonordinary Experiences (INOE) 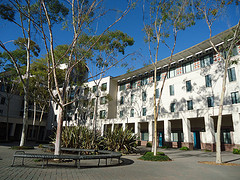